Over 100 Basements Delivered, and More To Come

As of last month, Mirait's Fibre to the Basement (FTTB) delivery team past the 100th Fibre to the basement milestone for the nbn rollout. Working predominately within the North Sydney and Pyrmont commercial districts, Mirait was engaged to take over delivery of sites where others had struggled to deal with the technical delivery and site complexities.

Mirait's involvement in the FTTB rollout for nbn represents a continuation of our engagement in the nbn rollout, having delivered over 300 Fibre to the Node builds (46 SAMs), 16 FDA's in the Fibre to the Premise (FTTP) program and over 70,000 lead-ins as part of the bulk drop program, as well as broad range other works including; construction of transit links, technology trials, blackspot program, redesign and migration of copper networks and fault rectification. 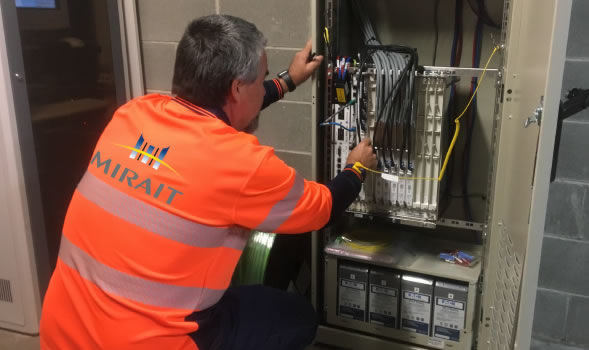